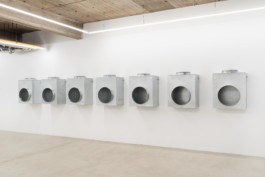 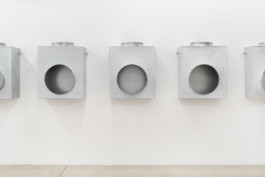 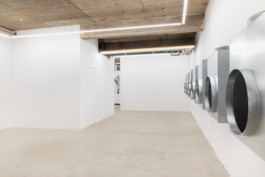 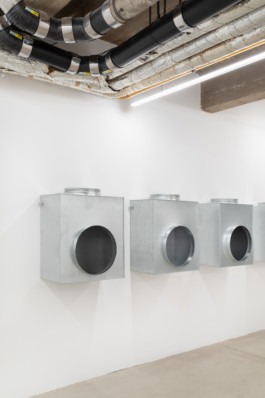 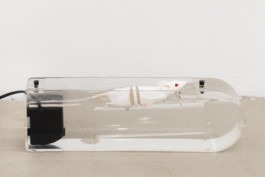 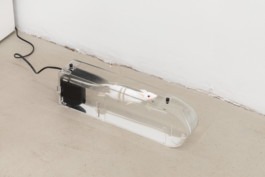 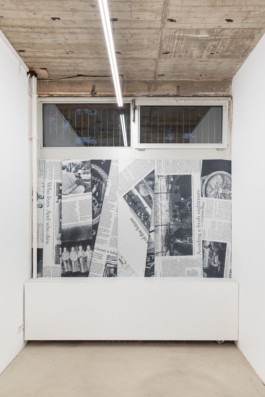 When looking up at the sky, you can basically see the past. You look through layer and layers of air, due to light speed, see happenings from thousands and thousands of years ago. To thwart our own powerlessness and maintain control, we categorised and named these layers: Troposphere, Stratosphere, Mesosphere, Thermosphere, and Exosphere. This stacked past we call atmosphere, spans the very present we are living through. Filling every little void of our human-made architecture – interior and exterior. But let’s recap: If looking up means looking at the past and looking straight/horizontally means facing the presence, then looking down would mean finding the future? Hidden underneath the planetary surface on which we all live?

What lies underneath the planetary surface are layers and layers of earth: the Crust, the Upper Mantle, the Mantle, the Outer Core, and the Inner Core. Except for the Crust, no one has ever explored these layers in person. In fact, the deepest humans have ever drilled is just over 12 kilometres and even that took 20 years! So what lies underneath is the primordial state of planet Earth‘s nature. A state not interfered with by humans – neither their own hands nor their representative technology. A state not optimised, not economised, not capitalised! A state beholding the future? So, what lies at the core of this though here is the potential of the primal, of the natural, of the supposedly simple. It follows the idea of returning to – or at least reevaluating – the essential and hints to the importance of being aware of basic structures.

What lies underneath the societal surface (metaphorically speaking) are systems and systems of control. Of distribution, of interconnection, of infrastructure, of relations. Systems that seem to have lost their meaningfulness and visibility behind their ordinariness and ubiquity. That are blindly inherited and copied, and/or very much willingly degenerated to serve certain interests. Systems that emerged from fulfilling basic needs to striving for an insatiable accumulation of power and wealth. Systems that reify relationships between people and materialise certain hierarchies serving the logic of linear evolution. A logic that proclaims improvement but in itself is programmed to produce inequality, to leave people behind, and to mark something or someone as „primitive“ and as the „Other“. A logic that thinks in absolutecategories and makes man the master of planet Earth: of earth, water, fire, and air.

So, within looking at these basic structures as beholding the future, reevaluating them, can lie a certain chance. The chance to truly reflect the way we inhabit the world and to possibly find a better understanding to do so: more sustainable, more equal, more democratic, more intertwined, more authentic. An understanding of relational geographies, that strongly emphasises the co-constitution and mutual entanglement of otherwise different (and often far distant seeming) phenomena. An awareness of planet Earth‘s space as not an objective surface or container but rather a set of relations that are continually made and re-made, constantly influencing each other. Far away from dividing the air (and the earth) into absolute and enclosed categories, but moving towards the acknowledgement of something I would like to call “relational fragility”, a certain uncertainty, a certain uncontrollability.

Benedikte Bjerre was born 1987 in Copenhagen, educated at Städelschule in Frankfurt am Main (2009-2015) Prof. Simon Starling and Prof. Peter Fischli and at the Royal Danish Academy of Arts in Copenhagen (2013-2016) at the school of sculpture followed by a stay at De Ateliers in Amsterdam (2016-2018). Recent soloshows include: I did did I, Ringstedgalleriet, 2020, Yomp, Saloon, Brussels, 2018, Trickortreater, Lullin+Ferrari, Zürich, 2016. Groupshows: Samfundsprognoser, Arken Museum of Modern Art, 2019, Classrelations/Klasseverhältnisse, Kunstverein Hamburg, Hamburg, 2018, Primary Structures – 1966 bis zur Gegenwart, MMK, Frankfurt am Main, 2017.